Book with Confidence with Hideaway Holidays! We understand you are naturally concerned about travelling due to COVID-19.... We, as well as some of our hotel suppliers and selected airlines are supporting you and have relaxed cancellation and amendment policies which means you can amend and change your travel plans if required once booked. Take advantage of amazing South Pacific airfares and deals now for your future travels #PlanNowTravelLater
Contact our team on 1300 991 751 to discuss which hotels and airlines are relaxing their policies to enable you to book with confidence!

Terms & Conditions: Our general Terms and Conditions apply to customers booking with Hideaway Holidays, however regional circumstances and regulations, contractual obligations to suppliers, and matters relating to location, product type and supply logistics may cause these to be varied slightly for specific products, or specific destinations. These amendments and alterations are shown in the T+Cs sections of our web site. View Terms & Conditions New Caledonia is one of the few places in the world where you’ll find the rare combination of warm Polynesian hospitality and classical French culture. It is a unique and unforgettable destination for divers, nature lovers, honeymooners, thrill seekers and sailing enthusiasts alike. Check out our latest all-inclusive New Caledonia holiday packages and deals below; if you’d like to speak to our South Pacific Specialist to create a bespoke itinerary, get in touch at 1300 991 751!
See New Caledonia Facts See New Caledonia FAQ's 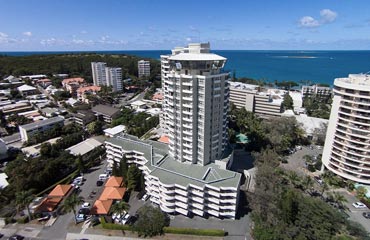 Le Meridien Noumea Resort & Spa
Noumea
4 rating
The five-star luxury resort greets travellers with typical French-Pacific verve and charm of the region, while the comfort quotient is guaranteed and even supplemented by the Le Meridian badge. Doubletree by Hilton Noumea Ilot Maitre Resort
Noumea
4 rating
The resort floats like a beautiful mirage in the heart of a 200-hectare marine reserve, delivering on beauty, privacy, watersports and gourmet dining! Hilton Noumea La Promenade Residences
Noumea
4 rating
Travellers can choose from a range of cosy studios and spacious 1/2/3-bedroom apartments, all equipped with the hospitality behemoth Hilton’s usual benchmark of amenities and luxury. Nouvata Hotel
Noumea
3.5 rating
The hotel guarantees a peaceful holiday away from the mad bustle of travellers, yet it is close enough for a tempting walk to the beach or a visit to the nearby cultural and historical centres. Oure Lodge Beach Resort
Isle of Pines
4 rating
The hotel comprises 30 spacious bungalows, offering spectacular views over Kanumera Bay, one of the most breathtaking spots in the stunning Isle of Pines. Kanua Tera Ecolodge
Yate
3.5 rating
Nestling discreetly in the sheltered bay of Port Boisé, the ecolodge is located in New Caledonia’s Great South, just an hour and half's drive from the capital Noumea. Paradis D’Ouvea
Ouvéa
3 rating
Paradis d'Ouvéa welcomes you as a couple, with friends or family, for an unforgettable stay in a dream setting, just 40 minutes flight from Nouméa. Koulnoué Village
Hienghene
3 rating
Located on the east coast of New Caledonia at Hienghene, the Hotel Koulnoué Village is set in a coconut plantation, facing the lagoon listed in the UNESCO world heritage. Hotel Tieti Poindimie
Northern Region, Poindimie
3 rating
This 3-star resort is on the north east coast of the main island of New Caledonia set in 2.7 hectares of woodland and right on the beach. It offers 3 types of accommodation, including 10 ocean suites facing the sea-front. Hotel Monitel
Koumac
3.5 rating
The Hotel Monitel is a quiet 4-star offering to all travellers who wish to explore Koumac's beautiful landscapes and adventure at their own pace and leisure - check inside for more details! Hotel Kodjeue
Isle of Pines
3 rating
Located on calm shores and white sand of Ouaméo Bay, on the Islands western coast, the property is set in a park of 3 hectares. This quiet hotel offers a variety of accommodation options and is great for divers as it is adjacent to the Isle of Pines Diving Club. Hotel Evasion
Noumea
3 rating
In a mountainous region, the bungalows are nested in a park, next to the river. 20 Km. from the town of Sarramea. Beaurivage Hotel
Noumea
2 rating
With modern rooms and suites overlooking the lagoon and the white sand beach of Lemon Bay, it delivers on all the comfort and convenience of a modern hotel in Noumea! To unwind, Noumea excels at providing retail therapy with its high streets filled with outlets of almost all French and international designers. For foodies, a walk down the town’s Latin Quarter or its many restaurants will satisfy both the gourmet and adventurer in travellers.

Things to Do in New Caledonia Things to Do in New Caledonia

One of the best ways to explore the Grand Terre is to rent a car and go for a winding drive into the forested mountains. For those looking for a kick of adrenaline, the chance to skydive over the world’s largest lagoon is unmissable. Visitors can also go for ultralight and paragliding tours – flying over the ‘Heart of Voh’ is unforgettable. Trekking, hiking and biking down steep nature trails is as enjoyable as they are glorious to see. We recommend divers check out sites such as the shipwreck of Arrogant at Boulais, the underwater caves of Lifou and the colourful marine life at Prony Needle! This destination enjoys semi-temperate weather all year around. The touristy high season falls around September to December, characterised by low humidity and sunny weather all-around. For divers, the best time to visit is from April to November!

Culturally, there is always a festival or event lighting up Noumea and other islands. Some of the fairs you can experience include the Koumac, Yate, Boulouparis or Poum. And of course, the Bourail Fair, which is known for showcasing local cowboys (or ‘broussards’ in French!).  There are plenty of art, film, music and dance events lighting the towns up year-round. At Hideaway Holidays, we specialise in all-inclusive New Caledonia holiday packages. Check out our best-selling deals below or call us to tailor your bespoke getaway at 1300 991 751!

Hotels and Resorts in New Caledonia Hotels and Resorts in New Caledonia

From cottages lining the hills of Grand Terre to the expansive beachside resorts, New Caledonia has something for every holiday-maker. Experience romantic getaways with French flair, world-class hospitality and staggeringly beautiful locations in Noumea. Whether it’s a well-known brand like the Sheraton at Bourail or Le Méridien Isle of Pines or something with more local flavour like Drehu Village in Lifou and Nengone Village Hotel in Maré, we’ve got the perfect hotel for you. Book a suite overlooking the lagoon, go for a drive into the hills, kayak around the pristine reefs or charter a cruise for two – browse, pick, book! Then, New Caledonia is one of the most beautiful playgrounds for sailors and explorers. Picnics on tiny deserted islands and dinners under the starry skies come alive here. Make sure you ask about Lifou, Isle of Pines and Maré sailing getaways. Visiting the Bourail Fair and the New Caledonia Carnival are also unmissable experiences! At this moment, the government of New Caledonia has mandated a clampdown on all non-essential travel till the end of 2021. The nation has proposed and accepted a mandatory vaccination of all its adults and it will soon achieve the target.

Holidays and travel is expected to reopen early in 2022. Keep a watch on this space and our blogs on New Caledonia for any latest developments, our South Pacific Specialists will holler it as soon as.

You have to select minimum 4 nights.

Sorry, the deal you are interested is not available between varfrom-varto dates. Would you like to see offers from your selected dates ?

Max of varcontent1 person(s) can stay in varcontent2. Please either add 1 additional room or change to a different room type.

Max varcontent child can stay in one room.

There must be one adult in each room.

You have to take more rooms.

Maximum 5 adults you can take.

Maximum 5 kids and 5 adults you can take.

You have to take more rooms for kids.

Max 2 rollway can take per room.

These transfers are mandatory.Please select one transfers from below options: